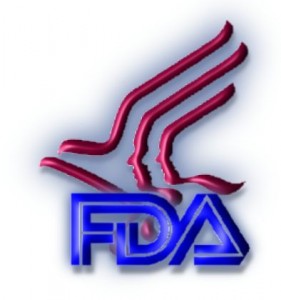 FDA says it will extend the enforcement discretion period for phytosterol-and-heart-disease claims until publication of a final rule.

In September 2000, FDA issued an interim final rule allowing a claim of reduced risk of coronary heart disease (CHD) for eligible products fortified with phytosterols. Since then, parties have petitioned for more eligible products, eligible phytosterols, and eligible phytosterol forms, and the FDA has even increased the required usage levels for phytosterols (0.5 g per RACC) in products bearing the claim. For years, all of this has been subject to an enforcement discretion period during which time manufactures have been allowed to go off of initial phytosterol requirements without penalty.

Most recently, the enforcement discretion period was set to expire on February 21, 2012. Products marketed after this date would have to meet all new changes to bear the heart health claim.
END_OF_DOCUMENT_TOKEN_TO_BE_REPLACED

The Natural Products Association (NPA) has updated the popular Good Manufacturing Practices (GMP) training program, “What You Need to Know: How the FDA GMP Rule for Dietary Supplements Applies to You.” In light of the Food and Drug Administration’s emphasis on GMP inspections, this course is vital for anyone whose job requires an understanding of the GMP rule for dietary supplements. This includes senior management, regulatory affairs staff and QA/QC, production and laboratory personnel. The first opportunity to attend this seminar will be at Expo West on March 8-9 in Anaheim, Calif. Learn more and register at www.NPAinfo.org/GMP.

The newly-revised program now includes:
•Issues identified in recent FDA inspections and warning letters.
•Examples and case studies illustrating real-life GMP issues and scenarios.
•An overview of industry business models and their respective GMP responsibilities.
The updated format brings more emphasis on the application of what is required for GMP compliance. Companies will be able to use this information to meet their GMP requirements.
END_OF_DOCUMENT_TOKEN_TO_BE_REPLACED

Dietary supplements are subject to a wide array of federal government regulations in the U.S., according to a new report published by the non-profit American Botanical Council (ABC), Austin, TX. The article notes numerous authorities to regulate dietary supplements that are granted to FDA and FTC, as well as other government agencies.

The article, titled “The Regulated Dietary Supplement Industry: Myths of an Unregulated Industry Dispelled,” has been published online and will appear in the winter issue of ABC’s quarterly, peer-reviewed journal HerbalGram. It is the second from ABC on this subject; in 2000, ABC published a seminal article titled “Regulation in the Herb Market: The Myth of the ‘Unregulated Industry’” in HerbalGram. It was written by the co-author of the present article, R. William Soller, PhD, an expert on health policy and the use of nonprescription medications for self-care who has a long history in the regulation of both dietary supplements and nonprescription medications.

Now, just more than a decade later, Dr. Soller, Holly J. Bayne, Esq.—a Washington, D.C.-based attorney specializing in food and drug law with a focus on dietary supplements and botanicals—and Christopher Shaheen, a researcher at the University of California – San Francisco (UCSF), have developed a greatly expanded follow-up article to clarify the breadth and depth of regulation of dietary supplements.
END_OF_DOCUMENT_TOKEN_TO_BE_REPLACED In response to the increase in drug shortages over the past three years, President Obama issued an executive order on Oct. 31, 2011 that directs FDA to take the following steps to prevent and reduce drug shortages:

FDA sees the requirement for advance notice as crucial to managing shortages, and such notice has been instrumental in averting at least 99 drug shortages, according to the agency. Many drugs in short supply are generics, and the Generic Pharmaceutical Association issued a press release affirming its commitment to working with FDA to alleviate the problem. “Generic manufacturers have pledged to work with the FDA and healthcare providers to formalize the process for not only manufacturers, but also others in the supply chain, to proactively report drug shortages to the FDA’s drug shortage staff, as many now do voluntarily,” according to the press release. END_OF_DOCUMENT_TOKEN_TO_BE_REPLACED

Read about the FDA clarifying NDI notification for supplements versus ingredients at a Town Hall meeting at SupplySide West at Natural Products Insider.