FDA has rejected a petition from the Natural Resources Defense Council (NRDC) to ban the use of bisphenol A (BPA) in food packaging, according to Plastics Today.

BPA is used in a variety of food and beverage packaging. In recent years, several countries have banned its use in children’s food packaging. France recently announced that it will ban BPA in all food contact packaging by 2014.
END_OF_DOCUMENT_TOKEN_TO_BE_REPLACED Standalone data loggers have long been reliable workhorses for monitoring environmental conditions and energy efficiency in food and beverage manufacturing and storage facilities. However, collecting timely data from independent loggers distributed throughout large plant and warehouse facilities can present a number of challenges. 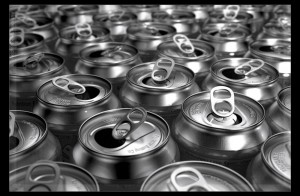 But in recent months, internal documents and private tests have begun to surface, supported by claims from a former chemist for Cadbury Schweppes, who is now keen to blow the whistle on the health risk involved. He and a US lawyer commissioned new tests that have now prompted the FDA to re-open the case. END_OF_DOCUMENT_TOKEN_TO_BE_REPLACED